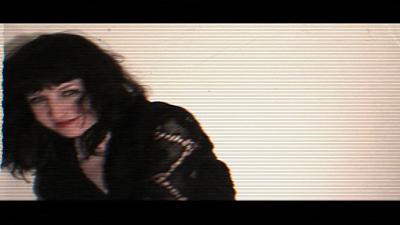 When my good friend Dania aka Stacian asked me to make a music video for her song Orbit, I was excited to work with her. I was also in the middle of two projects and needed to make a creative turn to make the video. Since this was my first project with Dania (but not the last! She is composing the score for Reds and Blues), I wanted to start small. I wanted to see how we would work together and I wanted to do something personal that reflects her character and music.
One of my favorite videos is Nick Cave's Deanna, which was mostly shot in his living room in Berlin. While I was developing the concept for the video I knew that I wanted to do something where I could use a camera and lights that I owned, no large crew, no large equipment rental package.   Simply show Stacian in her space and neighborhood, using a lot of different quick and easy set-ups. So it was just the two of us for most of the day, except when a friend stopped by to make us some tea.

Stacian's music is minimal synth, with textures and tones. I wanted to capture that "electronic" feel in the video. I wanted it to look very "video".  The piece was shot on one of my old 1 chip mini dv cameras. But most of the effects were rendered in post. I really enjoyed experimenting with the various degrees of video noise and textures and hope to do more in this vein. We actually shot a whole bunch of extra footage that day; we were very efficient, Stacian is a great creative partner : ) So I may even have enough left over to make another video!