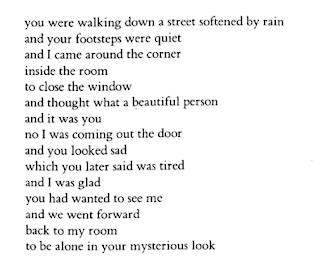 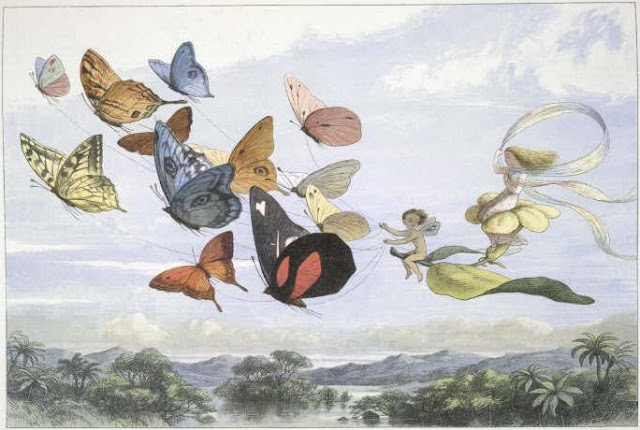 The Fairy Queen in Fairyland, a series of pictures from the Elf World by Richard Doyle
info about the Fairyland book
Posted by Claraalcott at 9:20 AM No comments: 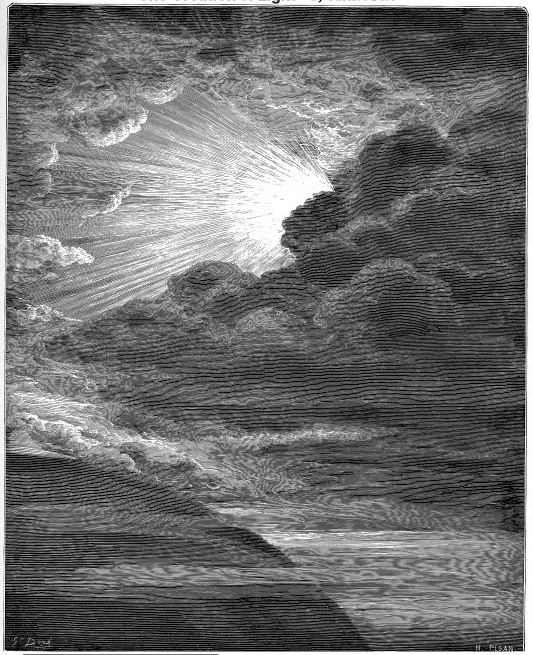 image- The Creation of Light   Gustave Dore
Posted by Claraalcott at 8:02 AM No comments:

The Girl in the Red Velvet Swing 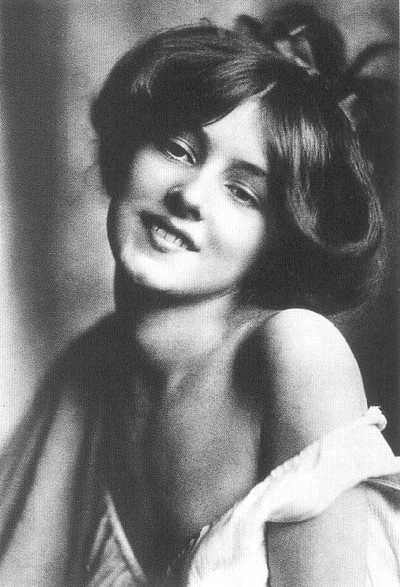 Evidently there were many "Trials of the Century". In 1906, this was possibly the first. A tawdry series of events that circled around a dancer named Evelyn Nesbit..."A Woman Whose Beauty Spelled Death and Ruin." Florence Evelyn Nesbit was a much photographed actress and model in the early Twentieth Century and an inspiration for the Gibson Girl. Her beauty and magnetism bewitched men and women alike, her picture was in the paper everyday, especially when she was the star witness at the trial of her husband. Her husband had shot her former lover, her lover was the architect Stanford White. Her crazed husband, Harry Kendall Thaw, shot Stanford White on the roof of Madison Square Garden, a building which White had designed. William Randolph Hearst's papers had a field day. Evelyn Nesbit had come from a poor family in Pittsburgh. She earned money as an artist's model and she knew she could be especially successful in the medium of photography. Nesbit moved with her family to New York to find better work. Only sixteen, she could not protect herself from older wealthy men like Stanford White, whom she began an affair with after he had drugged her champagne. Stanford White kept a red velvet swing in his apartment for his mistresses, a detail that Nesbit recounted on the witness stand. In the interest of security and support she entered into a bad marriage with Thaw that ended after he was committed for the murder of White. The details of the trial were so "unseemly" that they supposedly "ruined" Evelyn Nesbit. But after the trial she continued to work and she went on to work in Hollywood in Silent films. She died at 82, spending her later years teaching pottery in California. 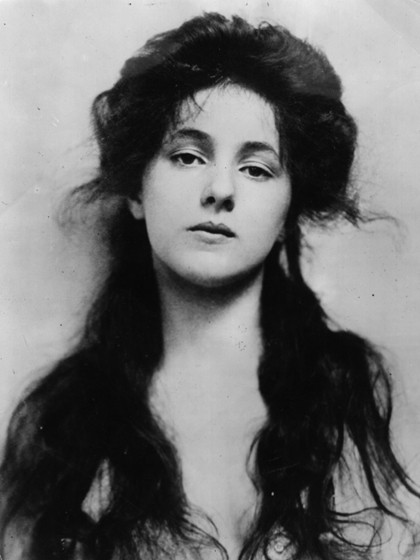 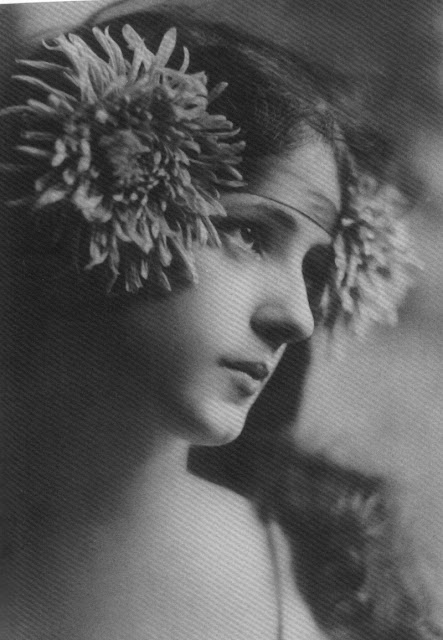 Posted by Claraalcott at 7:53 PM No comments: 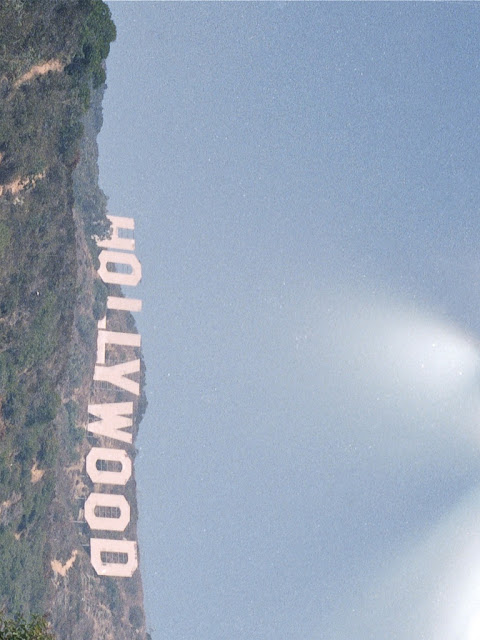 My good friend Ron Ruanphae (and cinematographer for Reds and Blues), followed the filmmaker's siren's call and moved to LA.

When I say to people that I love LA, they go, "Really?" It's true there can be a sort of an artificiality, an air of stale egos. But I can't think of another city where people have so many expectations, so many specific allusions. It's just a city in Southern California.  I studied and work in film, so I've needed to live there for some stints. LA's an interesting place to live and place to be. I've found my "spots" in the city that I like to visit, that make me happy, relax or encourage me. I ADORE movies and have found the places in LA that truly reflect and communicate an appreciation for cinema. And there are areas that are unique with character and atmosphere. I love Hollywood, Hollywood proper, East Hollywood. It's dirty and awesome and I just keep going East and land in one of my favorite adopted neighborhoods, Echo Park.
I've made a list of places that I like for my friends who visit LA, and for new transplants.
~ I spent a lot of time in LA in college and as a thrifty artist and I think this list reflects those sensibilities ; )

Griffith Park
Hike up to the top of a mountain, see the Observatory, look at the Hollywood sign and when you get to the bottom there is a really cute coffee shop and pie stand-with really good pie!
The Trails Cafe

Paramount Studios Tour
If you want to see a classic movie studio tour, this is my favorite.

Hollywood Forever Cemetery
A cemetery directly behind the Paramount lot. Cinesepia screenings are projected there in the summers and there's an awesome Día de los Muertos celebration held on the grounds.

Hollywood Boulevard
Take a picture with your favorite star and put your hands in the cement at Grauman's Chinese Theater. I like to go to the stripper stores on Hollywood Blvd to buy stockings, they have every color and great prices. 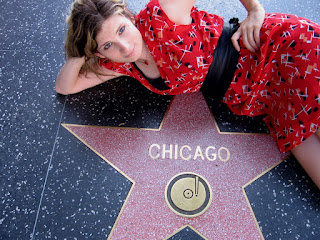 Downtown LA
I heart downtown LA. Love the old buildings, old movie theaters. It looks and feels like Blade Runner, which is not a coincidence because it's where Blade Runner was shot. & check out the Downtown Library and the rooftop bar at the Standard.
*Story. One afternoon my friend and I were going to get a drink at the Downtown Standard (because we had been at the library), but the bar was closed for a private party and there was this huge line. We watched Paris Hilton sashay up to the front of the line (she seriously had "a walk"). : )

Echo Park
My favorite neighborhood in LA, Echo Park is pedestrian and bike riding friendly. I love the lake and the noir feeling of the neighborhood, many film noirs were shot there. Early silents were produced in the neighborhood too, as Mack Sennett's studio was in Echo Park. Allison Anders' Mi Vida Loca was shot there.

Echo Park Lake
The park and lake itself are one of my favorite places to go. There's lotuses in the lake and this scene from Chinatown was shot there. 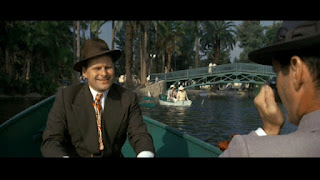 Echo Park Film Center
I've mentioned EPFC on this blog before, I've had 2 awesome screenings at the EPFC. They have great classes that teach different mediums and techniques (including S8), and it's generally a great community and film center. Check out their Film Mobile!

Echo Park Secret Stairway Tour
There are "secret stairways" all around Los Angeles. They were built to allow access from the hills down to the streets where the buses and streetcars were. Now they are overgrown and disappearing into the hills. The tours are awesome, you learn some history and walk through people's yards. The Echo Park tour is fun and when I went we ended up at the Stories Bookstore for wine and cheese.
www.secretstairs-la.com

Walgreen's taco truck
So food trucks are a "thing" in LA. The most popular possibly being the Kogi Korean taco truck. I like the regular taco trucks too, especially the one near the Walgreen's parking lot in Echo Park. You can sit on an upside down bucket and enjoy your tasty food and a Mexican Coke.

CINEMA
If you are a cinephile LA delivers- from being a first run city to the American Cinemateque and microcinemas. & there's film festivals like the Los Angeles Film Festival, AFI Fest and multiple Noir festivals...

Art
LA has a healthy Art Scene. I think some of the places I would frequent, the emerging art galleries and converted spaces have closed since I've moved, but there are little pockets of galleries around LA. Some areas to check out would be Hollywood- specifically on Fairfax and then some great spaces Downtown and in Chinatown. The Hammer, MOCA and LACMA are big museums to check out.

Posted by Claraalcott at 8:51 PM No comments: