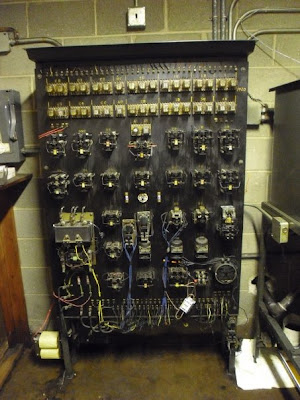 photo by Larissa Zageris
Posted by Claraalcott at 10:11 AM No comments: 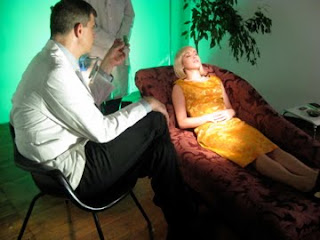 I thought of the idea for KICK a few years ago.

I had a vision of a woman dreaming about another woman running through the woods. The woman in the woods was pregnant with a machine. The women could "sense" each other and share physical symptoms.
Over time I pieced together a story to go with the images. The story concerns two luddites, Joselyn and Josephine. Josephine is the woman running through the woods and Joselyn has a recurring dream about her. Without having ever met, both women go to see the same psychiatrist. Joselyn and Josephine have a fear of computers and machines and they seek treatment to address anxieties with technology. Through therapy, the psychiatrist, Dr. Griffin, finds that both women are particularly maternal. In an attempt to help the women adapt to a world that depends on appliances and gadgets, Dr. Griffin secretly impregnates them with a baby that is part machine. Many other things happen but that is the central thread-
Posted by Claraalcott at 11:17 AM No comments: 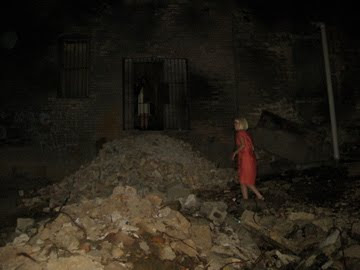 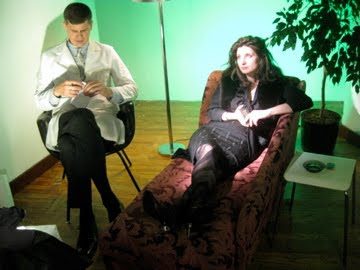 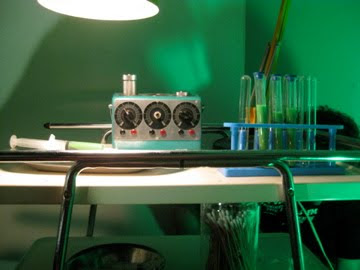 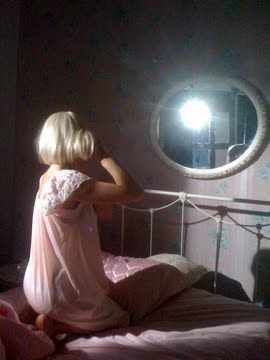 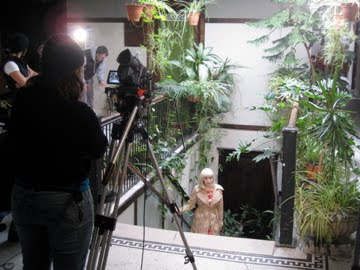 Posted by Claraalcott at 6:39 PM No comments: 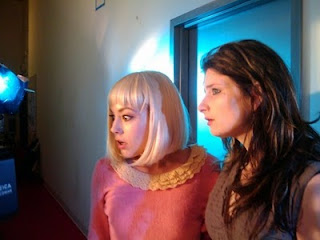 For the better part of this year I have been working on a narrative short. The piece is called KICK and deals with two women who are terrified of contemporary technology. The title references a pregnancy in the story as well as an allusion to the creative spark or "kick". This was the first narrative film I've made in a long time. I've been involved with experimental work for the last few years and going back into a narrative framework felt welcome. What I have known and am learning about myself is that Surrealism (which can mean so many things...), may be the truest place for me. I only need the basic frame of a story, solid character and practically everything else can be pulled with, played with, turned over and examined. With KICK I like to refer to it as Science-Fiction Melodrama. The women follow a story throughout but their the universe is enchanted and undefined. I will be discussing KICK for the next few posts.
We finished shooting the film this past week and here is a preview.


Kick Preview from Clara Alcott on Vimeo.
Posted by Claraalcott at 10:35 AM 1 comment:

"Is this cinema? Am I right to go on trying?" 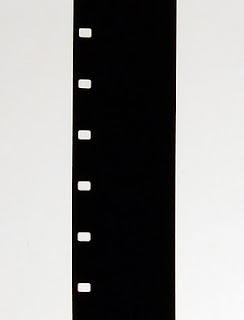 Hello. This blog goes along with the website I am currently building. It is my hope to use this as an informal place to share and catalog creative elements that affect me. I am in different stages on a few different projects and I would also like to chart my progress here. There are many interests, passions, delightful distractions, ambitions, dreams, loves--but my attentions will almost always come back to cinema. The overwrought quote is from JLG, 1968.
Special thanks to JoeHahn and Andrea Park.

best,
c
Posted by Claraalcott at 8:59 PM No comments: