My Take on Cassavetes 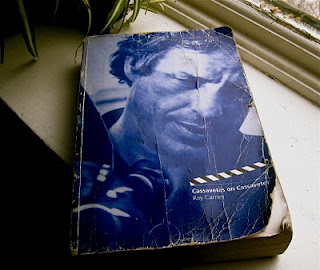 A few years ago my mom gave me a copy of Cassavetes on Cassavetes. I pick it up and read portions of it and then put it down for months or years. And then pick it up again, like when I find it buried on my desk or in my suitcase. I love his films Woman Under the Influence and Opening Night.  I'm not sure if I'm a fan of all his films, and I'm not even sure if I like him half the time (others have also felt divided). You can get an anxiety attack reading about the frustrations he went through to fund his projects. He was always putting out fires, wheeling and dealing. But he never gave up, and there was an emotive sincerity that he thought was important to convey. I would recommend this book to anyone who's interested in making independent films. Although many, many things have changed and are changing in the world of independent film- the attitude, the delusional idea that, "I'm going to make this movie anyway" still resonates. 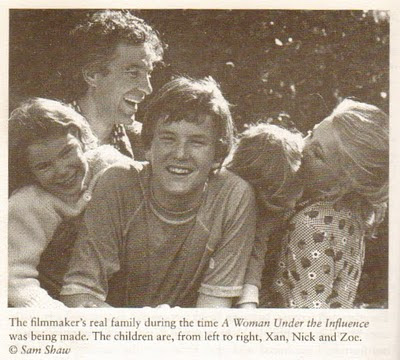 The Cassavetes family is pretty rad. His kids all went on to direct. Xan's  Z Channel documentary is awesome, I had to start a whole new movie list after watching that. I thought Zoe's Broken English was good and I hope she makes more features. Nick made a little movie called The Notebook. It doesn't get better than THE NOTEBOOK. 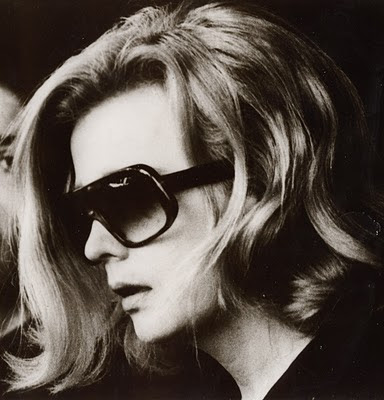 Posted by Claraalcott at 3:02 PM