Noir-There is a crack in everything, that's how the light gets in. 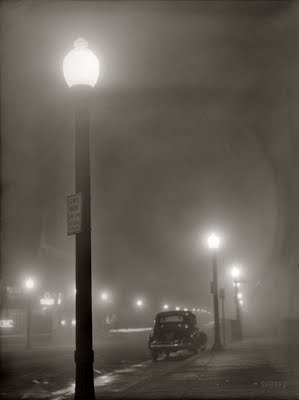 I have been thinking a lot about Film Noir lately. Actually I'm always thinking about Film Noir... What a murky American art form. My feature length screenplay has many noir elements. I'm hoping to keep pushing it in that direction, in the framework for the story and especially for the character's through lines. I've always felt that Chicago, where my script is set, is very noir. It can often be grey, dark and bleak. And it has always been my opinion that Chicago as a city is very undershot. A lot of film production takes place but mostly just on the North East side. I don't think the city has been well represented on film. Most times I do not feel a connection or familiarity with what I see on screen. The Fugitive and The Dark Knight are exceptions, I thought both of those films look like Chicago.
I'm excited to shoot around Chicago on location. Shooting a noir potentially means a lot of night shooting, which is always hard, but there's the basic issue of light. My hope, my hope is to at least shoot the short version of the script on film. Jose Luis Rios, my good friend and cinematographer on the project, and I have been having a lot of discussions about the photography. We would like to shoot on Super 16mm for the texture and the grain. I want the film to have sort of a distant "displaced feel" which S16 could provide. If I'm not able to swing film (still crossing my fingers), I'm not adverse to shooting digitally. Never have been. I'm currently shooting a short called Reds and Blues and we are shooting on the Canon 5D. I love the footage that's coming back. One thing that the 5D and 7D do well is shoot in low light. The image below was shot at about 8:30pm with only street lights providing illumination. It's dark but when Sarah turned her head towards the light she had a decent exposure on her face. It was nice and very noir. 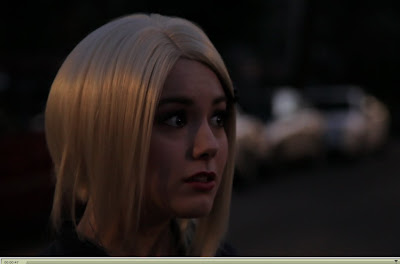 Photo at top of post by Jack Delano link

There is a crack in everything, that's how the light gets in. -Leonard Cohen
Posted by Claraalcott at 8:01 PM