The one that I hold closest 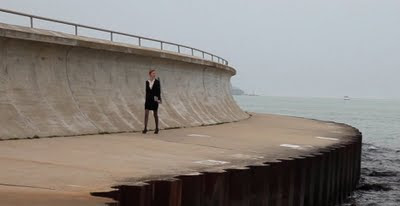 I have been working on one thing for so long. Friends and family ask about it in vague tones wondering where it may be at and if it's still of concern. It is. Within the last couple of years I have been wading back into my craft. Something that is familiar but takes work and diligence.
I wrote a feature length script just out of film school. A science fiction noir that deals with architects in Chicago. Many years have past. It has sat in drawers, I've had to transpose it into different writing programs. At times when I couldn't sit down and work with it, the screenplay became loveless, a weight. But I still feel for the story, I am still drawn into it. But I have to work with it and practically reassemble it to bring the piece into the present. But it is still here, it's with me, and I am making footprints with it. A short has been written based on the feature length draft. Actors have been contacted. I am readying a film order (yes, film!), and camera tests have been shot. I am bringing the project that I love the most into the world. I'm thankful, delighted. 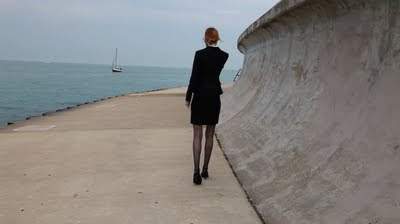 Posted by Claraalcott at 4:59 PM